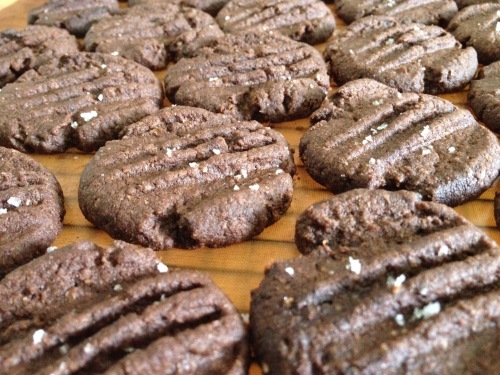 My colleagues keep asking me when I’m next bringing in some home-baking.  I told one of my colleagues today that I’d made some INCREDIBLE biscuits.  Nope, I hadn’t brought them into work.  Cue – sulky face.  Admittedly, these chocolate thins are so good that I’m not sure that they’re going to make it out the front door. 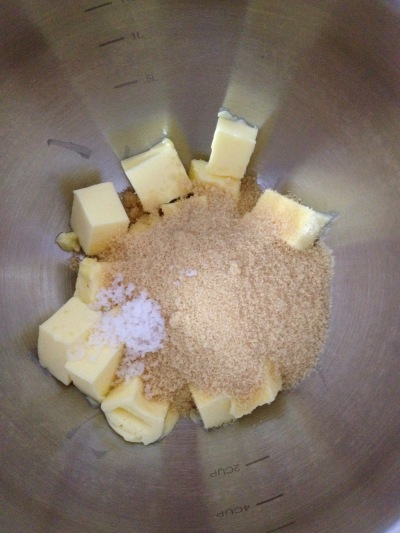 I took in my coconut, lime and malibu drizzle cake into work one Friday to lift morale.  This is the kind of thing that people do, wherever I’ve worked.  However, apparently not here.  Ever since that Friday, (and I am exaggerating slightly) my colleagues seem to have turned into cake hungry toddlers: I’ve seen some sulky pouting faces when a Friday goes by without cake and I’ve not heard the end of:

“When are going to bring in some more cake?” — “When you buy me some butter/eggs/flour.”

“I haven’t seen biscuits for a while.” — “There is a supermarket down the road…”

What is this?  A simple act of voluntary cake sharing kindness erupting a longing for home-baked sugar filled delights.  They even complained that I didn’t bring in a mushy, underbaked banana cake because they’d have appreciated it in any form. 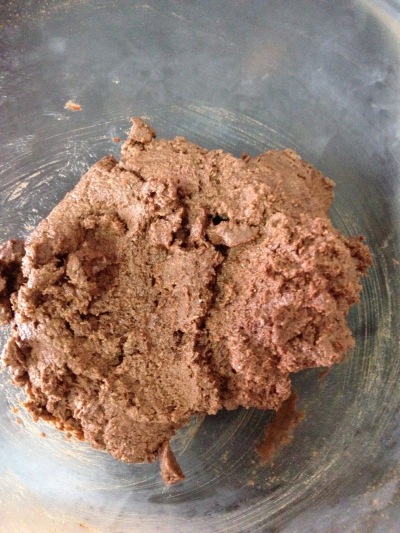 Anyway, I do find my colleagues’ reaction hilarious and affirmative.  And … well, as they opened the door to trying out my baking experiments, successes and disasters, I brought in some spiced chocolate banana cake that had gone wrong.  It looked like a brownie but it tasted medicinal, like cloves and nutmeg.  Not all of them were impressed with that offering.  Not that that was a deliberate move at all.  But they had requested the disasters… So, *teehee* I wonder how long their enthusiasm for my baking will last? 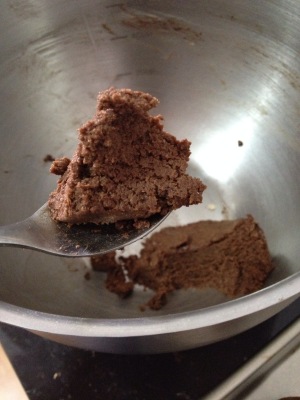 As there are rather a lot of us english teachers at the school, not everyone gets a piece of whatever’s been baked.  One day, one of my colleagues realised that she’d missed out on all of my cakes.  Fortunately for her, she feeds me cakes and biscuits from her ‘ot loi’ (khmer for no money) shop.  So, when she asked me to bake something for the end of term and I’d run out of eggs to bake a cake, I came up with idea of baking these gorgeous chocolate wholemeal thins, that I’d seen on the back of Allinsons Plain Wholemeal Flour. 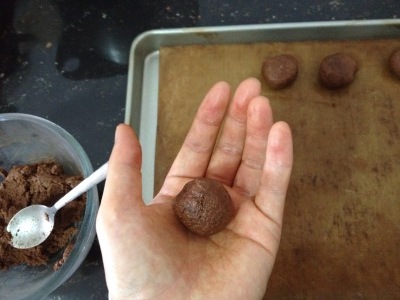 Once I’d baked one batch, I realised that I very quickly needed to make another.  They’re so wholesomely, deliciously more-ish and have that glorious nutty flavour imparted from the wholemeal flour.  So, I did.   Then later that day, I had this flash of brilliance that by adding sea salt would lift them to the realms of epic and add even more nutritional value.  That’s how my brain works late at night.  So, into the mixture went a conservative quarter teaspoon of fine sea salt.  That’s all the recipe needed for the sea salt to bring out the chocolate flavour and add a touch of sophistication. 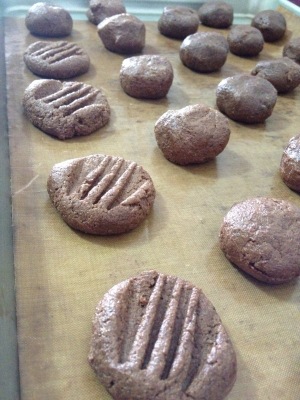 A cautionary note if you want to try this recipe but don’t have any sea salt.  Table salt has a much stronger flavour than sea salt.  I haven’t tried it with table salt, but from previous experience, I’d add half the amount when using table salt.

You can bake these without the sea salt.  Just omit the salt.  They’re really good.  But just so that you know.  I trialled both recipes on my resident taste-testers last weekend, Emily and Jonathan who were visiting!   There were barely enough biscuits left to test out on a family of 6 later on, who I watch the GBBO together with.  They unanimously preferred the sea salt chocolate thins. 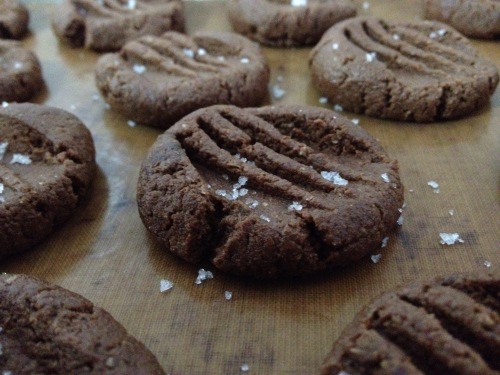 Wholemeal Sea Salt Chocolate Thins, adapted from the back of the Allinsons Plain Wholemeal Flour Packet.  Thankfully can also be found on Baking Mad.

2. Cream together the butter, sugar and the sea salt until light and fluffy.  This normally takes between 3-5 minutes.

3. Add the cocoa powder and wholemeal flour and mix until it comes together in a soft dough.

4. Cover and let it rest in the fridge for at least 15 minutes.

5. Prepare a baking tray with baking paper.  Take a teaspoon of the mixture (roughly between 12-16g) and lightly roll it into a ball between the palms of your hands.  I say lightly to avoid overworked dough, resulting in tough wee biscuits.  And hey, they don’t have to be perfect balls.  You’re going to be pressing them down with a fork anyway.

8. Leave to cool on the baking tray until the biscuits are cool.  Then gently transfer onto a wire rack to cool completely.  They’ll keep in an airtight container for at least 3 days.  They’ve never lasted past the 3 day mark with me and in my experience, they get a bit crumblier as each day passes.

Did my colleague who pushed for an eggless bake get one?  Oh yes.  She got a biscuit when I handed them out on the last day of term.  Then she cheekily reached out and took another.