I don’t understand why I’ve never put raspberries in a dark chocolate brownie before.  The flavour combination is ingenious!  These brownies have quickly become my signature bake since I decided to bake them 7 weeks ago, popping out my oven week in-week out. 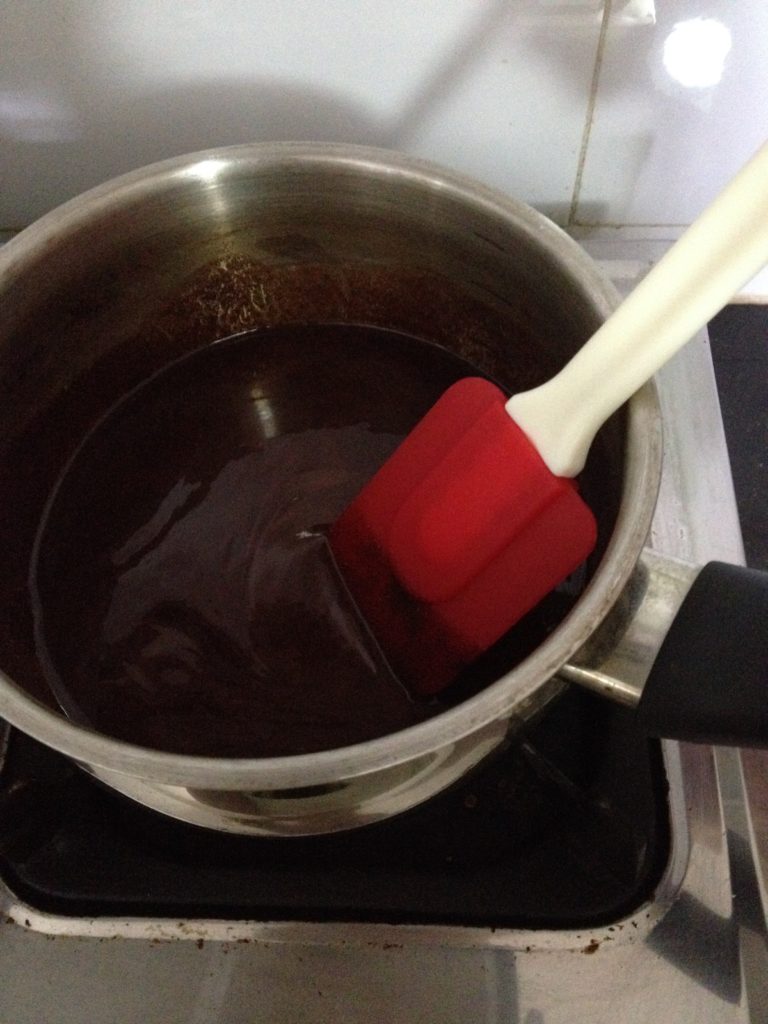 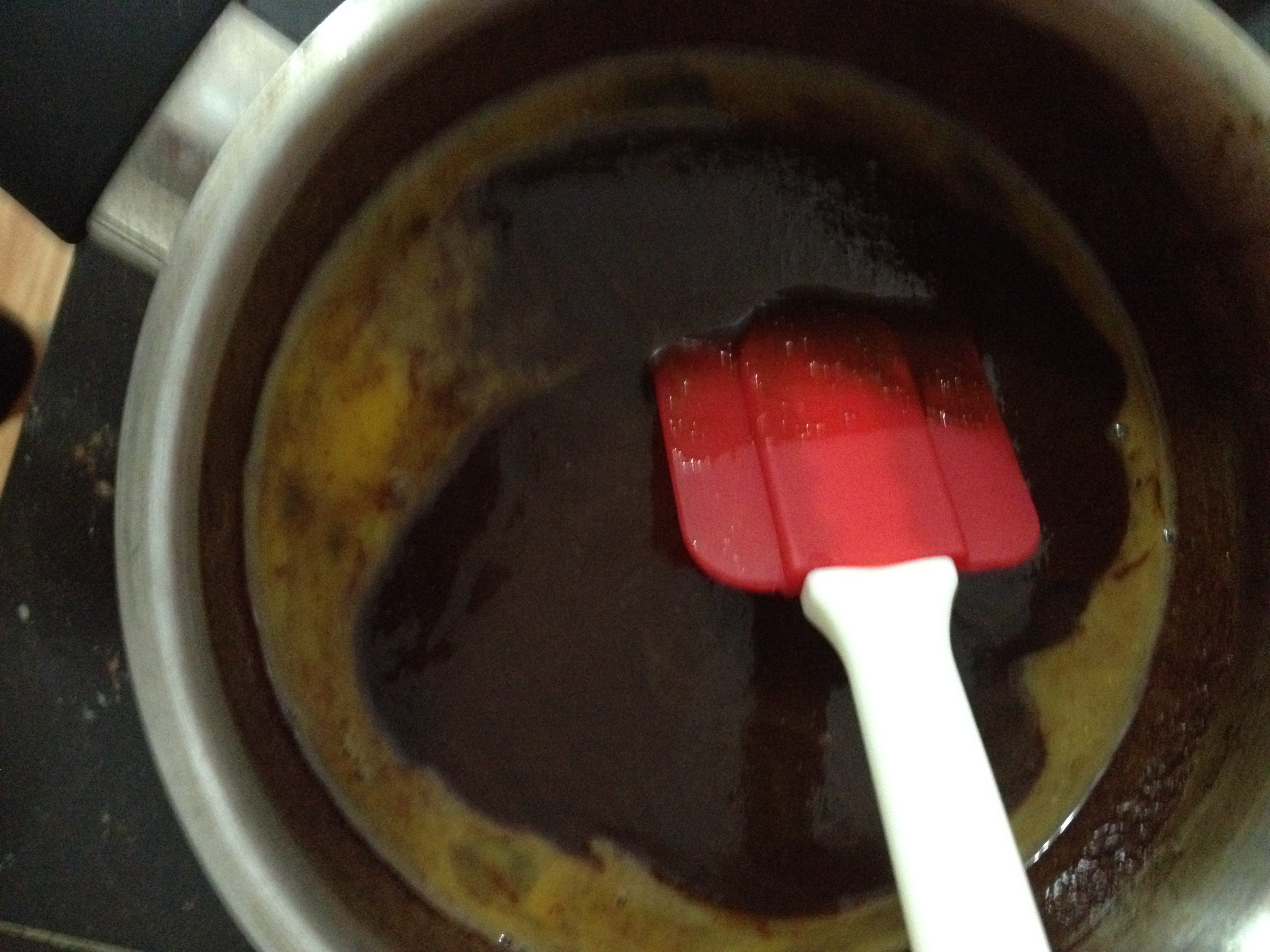 So, I reverted back to my default brownie recipe.   This time, I have no microwave.  (However, I’ve kept the microwave bit in the instructions, in case you do).  I really wanted to demonstrate how the brownies can be made using one pot.  In all honesty, I never expected that this brownie would have it’s own post.  But when Sarah and I bit into one, the first occasion I baked them, a raspberry just burst in my mouth.  I laughed, said that they were amazing and promptly named them, Raspberry Burst Brownies. 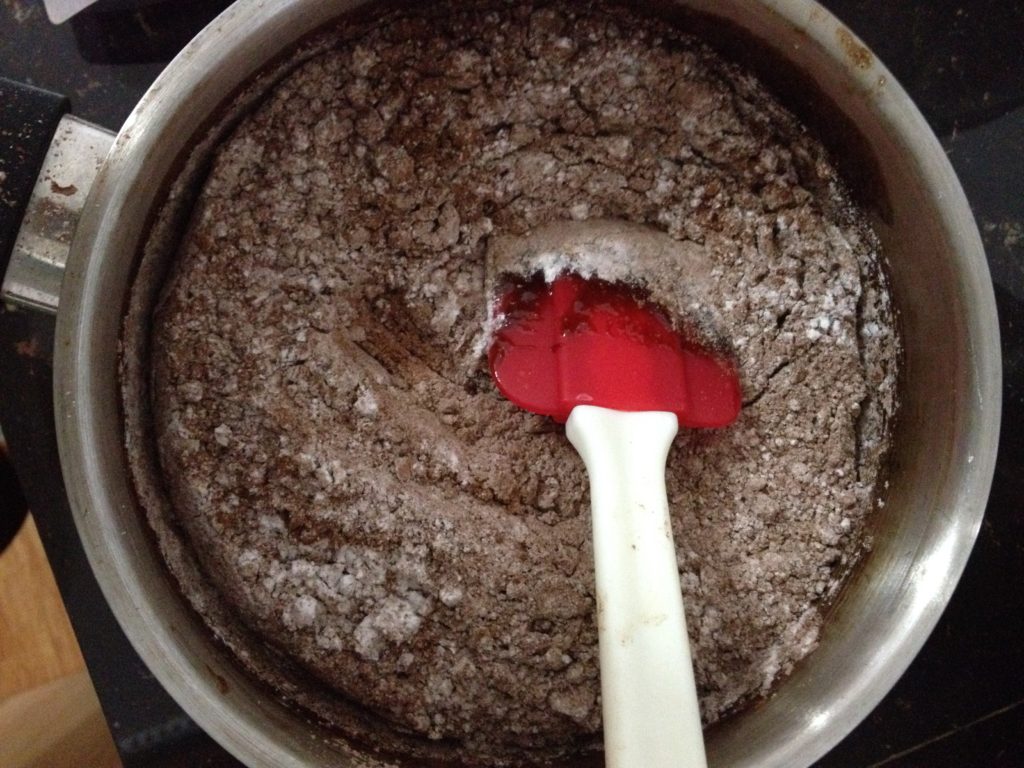 2. Melt the chocolate and butter together on a gentle heat, in a heavy bottomed pan.  Alternatively zap them in a heatproof bowl in the microwave.

3. As the chocolate and butter is melting, or being zapped in the microwave, measure out the flour, baking powder and cocoa powder into another bowl.  Sift the flour if you want to, but it’s not necessary.

4. Add the vanilla extract, salt and sugar to the chocolate melted goodness and mix well.

5. Add the beaten eggs and keep mixing to combine it all.  Don’t worry – they won’t scramble.

6. Gradually add in the flour, baking powder and cocoa powder so that the whole mixture is well combined.

7. Mix in half of the raspberries now.  With the remaining half, scatter them over the top to fill in any deficit spaces before you put it into the oven.

8. Bake in the oven for 20-25 mins.  The secret is to take them out when the top is firm to touch but still wobbles when you shake it.

Verdict?  They are amazing!  Sarah actually told me off for not telling her how amazing they were, when she ate one a few weeks later.  (But we’d taste tested them together that first time…) They are that combination of sweet but sour, and a perfect flavour partnership between the dark chocolate and the raspberry.  But what I love best about them is that the whole raspberries burst in your mouth as you eat them.  Bliss! 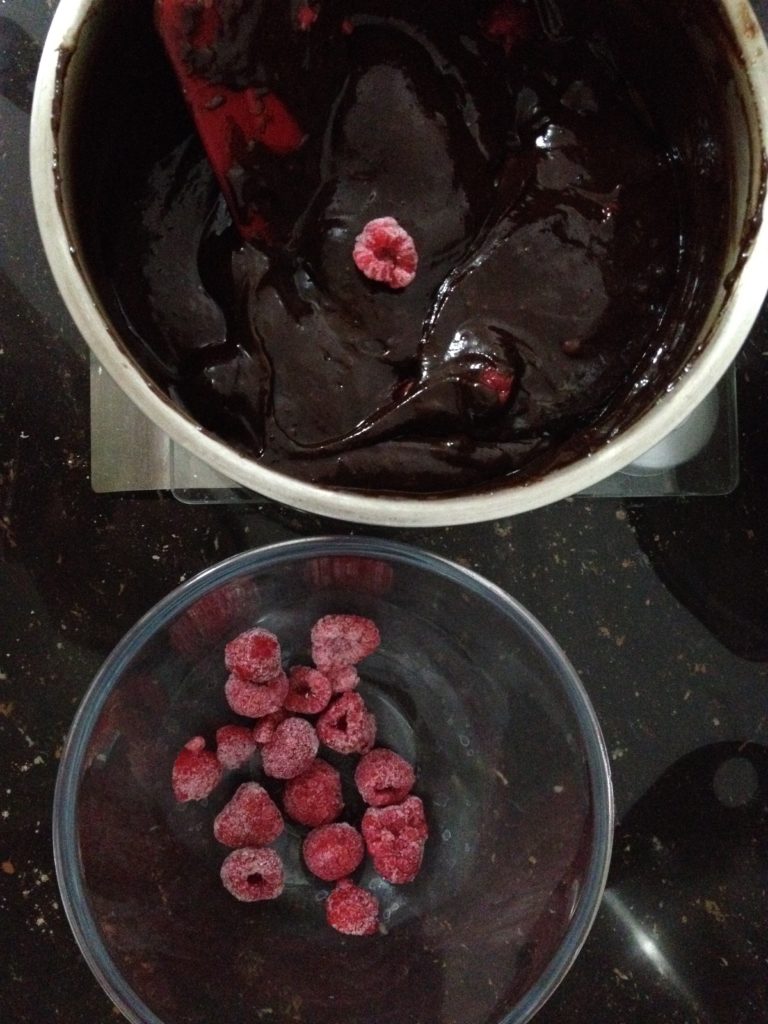 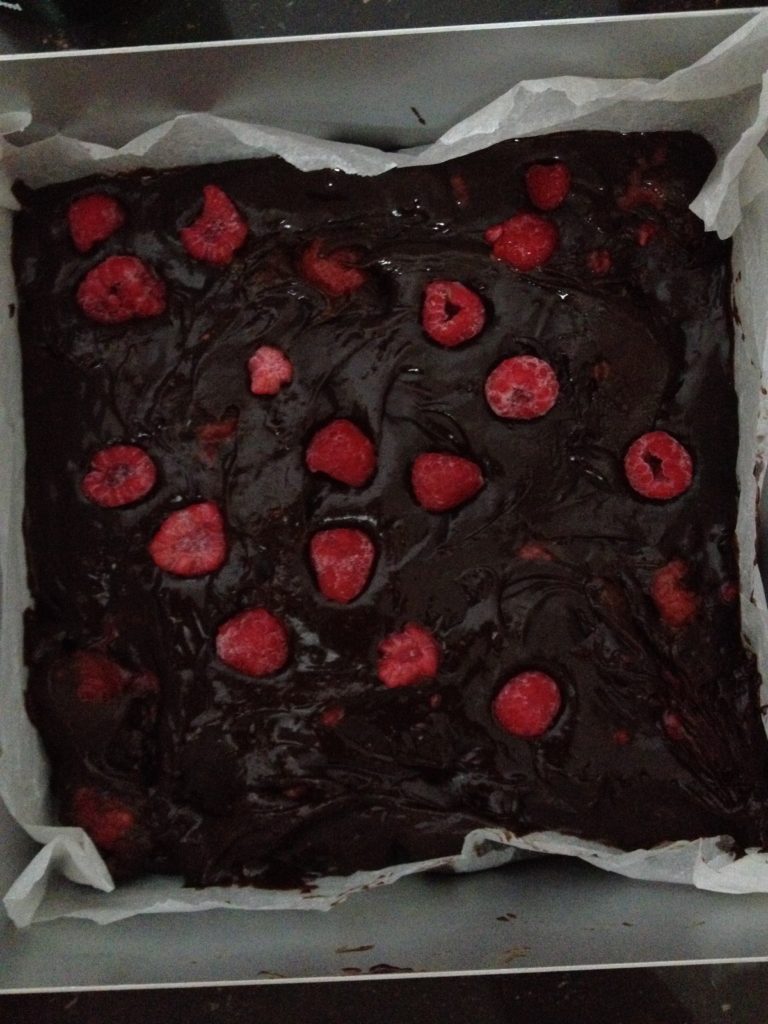 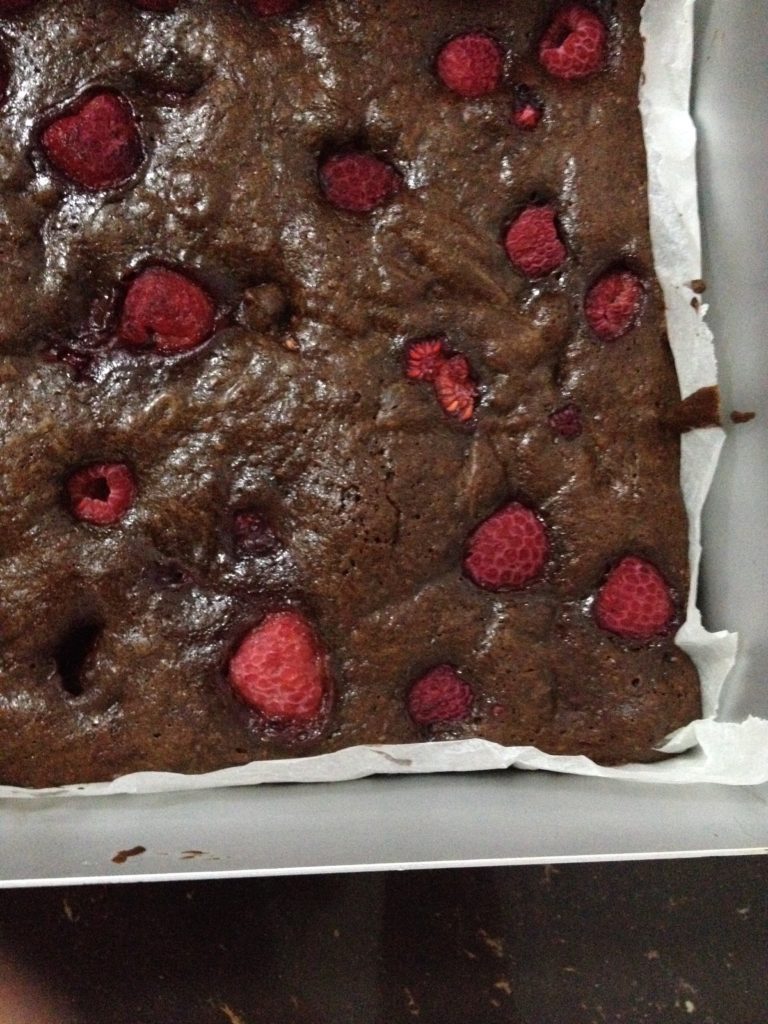