Ha! If only.  It’s more like I’m butchering the language, particularly since I’ve been away from Cambodia for almost 3 weeks.  But, indulge me in my choice of slightly obscure title.  When I came up with it before Christmas, it seemed like the perfect lead into giving you an update on my language learning and include a Christmas mincemeat recipe, or two, at the same time.  Then my NZ holiday scuppered the timings, ever so slightly… 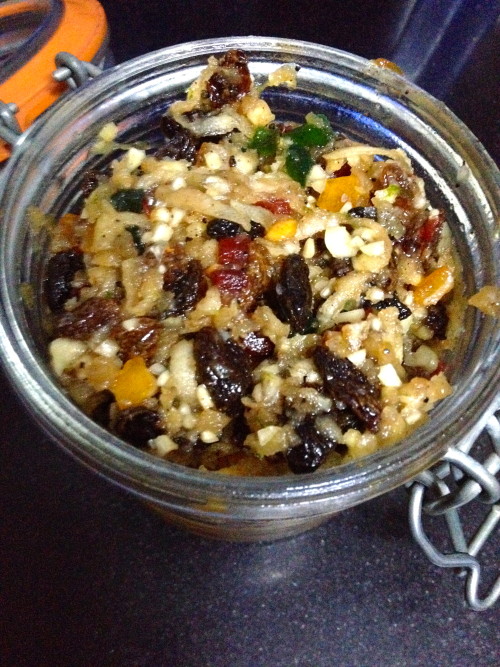 Well, 3 months into learning khmer and my efforts have been paying off to varying degrees of success.  It’s nice to get comments from people who kindly tell me that I speak khmer well, or that I know a lot. I realise that we are generally our worst critics when we are learning language, but honestly, their feedback couldn’t feel further from the truth.  I make a lot of Khmers laugh at how I trip over words, mix up words that sound similar (think bye and bike), struggle with the pronunciation of peculiar sounds that are foreign to the english and korean tongue.  To illustrate the kinds of mistakes that I’ve made, look below:

mürl (10 000) and mürn (to watch)
toe’it (small) and doe’it (similar/like)
ban cha’oo (Vietnamese pancake) and ban ???? I still don’t know what it is that I say.  But when I say it, it’s a swear word apparently. Can you imagine how nervous I am about asking for one from a seller?

It’s not just the laughs that make language learning so enjoyable. I think that I’ve said before how I’m really enjoying learning this very literal language. The other day, I learnt that the khmer for the colour burgundy is poah chreuk chee’um. The literal translation is ‘the colour of pig’s blood’; not quite as majestic sounding as burgundy, the word we use to describe a regal red colour! 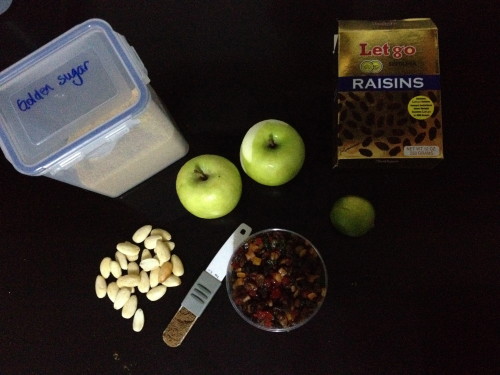 More recently, my improved language skills has meant that more and more Khmers feel able to have a ‘proper’ conversation with me.  Unfortunately, I only understand 50% of what they are saying!  So, I have to make up the rest of what they have said because I don’t want to break the flow of the conversation.  As you can imagine, this could lead to all sorts of misunderstandings.   I think that the real problem is with me not wanting to lose face.  I’ve been doing this in korean for such a long time that it’s become some sort of default setting in me.  In korean, we call this pretending, 아는척 – ah-neun-chug.

Some people are much braver than me and stop to clarify meaning.  I’m going to have to adopt some of their bravery to force myself out of this habit.  You’ll have to imagine my big sigh, just now, in this realisation and resolution. 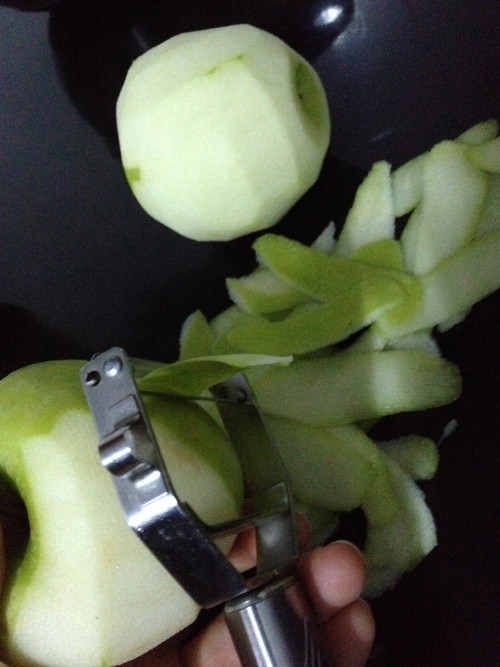 Nevertheless, even with all my bad behaviour and language, the Friday before Christmas, I sat an exam, passed and graduated from the Survival Khmer language course. Hurrah! So, I celebrated by getting on a plane and going on holiday to New Zealand for a few weeks! Yeah 🙂 because that’ll really consolidate my language learning! 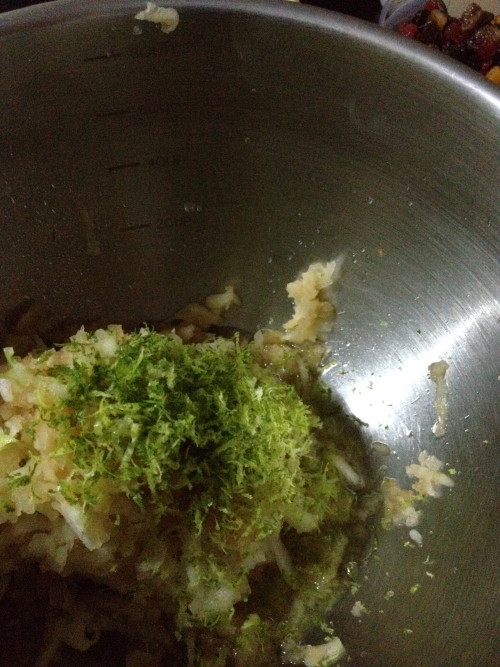 But my time here isn’t all about language learning is it?  I bake a lot too.  Simon had asked me to make some Christmas refreshments and baking for the church’s Christmas service.  So, I made two versions of mincemeat based on the availability of ingredients I found, or lack thereof!  Andrew gave me this recipe and normally I make this recipe with sultanas, currants, citrus peel and most importantly fresh cranberries. But my efforts to locate any cranberries, fresh, dried or frozen, in Phnom Penh have yet to bear fruit. Pun unintended. 😛  Even with the deviation from the original recipe, these mincemeat recipes were a hit and I was asked for the recipe – particularly for version 2. 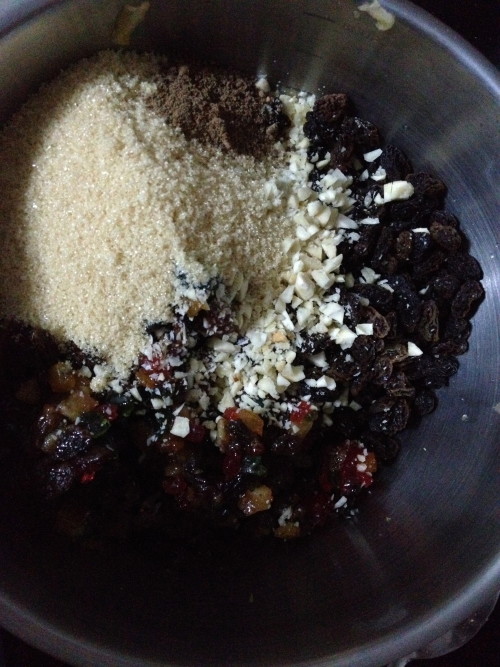 And that was my astonishing discovery whilst recipe testing.  The vast majority of Khmers like mincemeat, even amongst children.  Of my Khmer taste testers,  I found that only 1 in 20 didn’t like how it tasted.  Is that the same in the UK too?  Have I been long under the wrong impression that 50% of UK population don’t like mincemeat?

Or is it, just that this is just one of the tastiest mincemeat recipes out there?  Lol.  I’ll let you decide in due course. 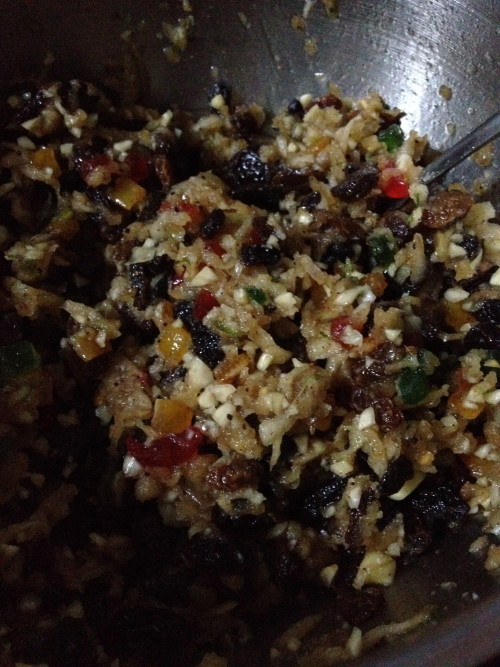 I don’t use suet in these recipes.  Instead, I use grated apple to give moisture and bulk.  The advantages of this approach are that you don’t have to cook it and you can use it immediately.  Taste-wise, I think that it’s superb.  It’s fresh from the apples (it’s even better with the cranberries) and zingy from the limes.  The only spice I added was nutmeg.  The nutmeg I used was ground already and thus, I used more than I expected.  Using freshly, grated nutmeg will have a much stronger flavour so add to taste.  You could always add cinnamon, cloves or a hint of ginger.  In future versions, I would like to add some alcohol of a sort, like rum or brandy.  This time, however, I had a budget to stick to. 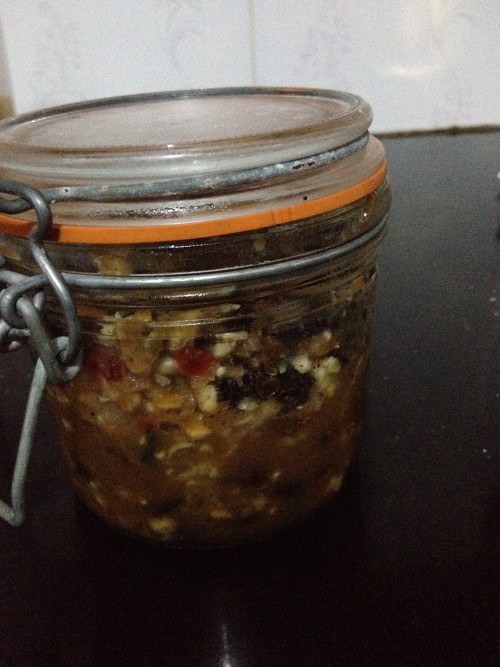 Ingredients for Mincemeat v.1
Makes about 650-700g
2 green apples, grated (preferably cooking apples, but any tart green apple will do)
150g seedless raisins
250g mixed dried fruit – the pack I found had glacé cherries, raisins and citrus peel
75g roughly chopped blanched almonds
60g dark brown sugar or muscovado sugar also works.  I used light brown sugar because that’s what I had then added 2 tbsp of dark brown sugar later for flavour.  If I made this again, I’d only use dark brown sugar.
Zest and juice of 1 or 2 limes, depending on their size
2 tbsp orange marmalade or 50g of chopped candied citrus peel
Ground nutmeg to taste – I added 1tbsp in the end but do add it 1 tsp at a time

Method
Mix all the ingredients together in a large bowl.  You can use it straightaway or store in sterilised jars in the fridge for up to 2 weeks.

Before I moved to Cambodia, I set myself the fun challenge of seeing how fluent I could be in khmer within 6 months.  (Khmer being the language that they speak in Cambodia.)  1.5 months in, I’m enrolled onto a ‘Survival Khmer’ course at a school called Language Exchange Cambodia (LEC) near the Russian Market, which is a 20 minute walk  or a 5 minute moto ride away from where I’m living now.

You can have group or individual lessons, but since most people turn up at the language school on their own like me, most of LEC’s clients have lessons one on one.  I began a week after I arrived, which means that I’m coming up to my fifth week of lessons.  I started off with 2 hour lessons, 4 days a week.  However, as the one on one teaching is taxing to both teacher and student, I downsized it to 1.5 hours 4 days a week to make them more enjoyable.  Learning language is not a sprint race, it’s more like a marathon, so I’m trying to pace myself.  After my language lesson, I’ll try and make myself use whatever I have learned in the classroom with anybody who will talk with me.  The guard at the school, my motodop driver, the housekeeper have all been subjected to rather random conversations with me.  Some topics are easier to practice than others…

LEC’s motto is, learning to speak khmer like khmer.  This means that they teach the informal khmer that is spoken first, rather than the formal khmer that people use for reading and writing. It’s quite an unusual approach and it’s certainly raising eyebrows with rather a lot of people, khmer and expat alike: I come out with a lot of slang and drop off the ends and beginnings of words, like many of the native speakers do here.  Not only that, but I have also discovered that Cambodians have a quick wit and love to play with language.  I don’t know the linguistic term for this, but they often like to swap the sounds around e.g. sok sabbei → sei sabok.  From time to time, my teacher unconsciously drops into this slang slang khmer, as he calls it: I’ve dubbed it cockney khmer.  Here’s a recording of some numbers in cockney khmer.  See if you can work out what he’s done.

My teacher is from Kratié province, in the northeast of Cambodia, which he pronounces K’tech.  Therefore, I joke with my friends that I’m acquiring a northern khmer accent, the equivalent of a ‘geordie’ accent.  Then, there are some khmer sounds that I find difficult to get my tongue round, and so my teacher occasionally adjusts the way that he says them. ‘This is how they say it in Takeo province, which is south of Phnom Penh.  I think that this way is easier for you.’  So, how about that, eh?  My khmer accent has even acquired ‘somerset’ notes.

LEC won’t teach me the khmer script on their ‘Survival Khmer’ course, so I’ve come up with my own method to master the different sounds.  I have a vocab book, in which I write down all the words and phrases that I am learning.  Each page is folded down the middle and on the left hand side I write the english word; on the right, the khmer word in phonetic roman script.  And then, more often that not, I’ll write the sounds phonetically in korean too.  The korean alphabet is phonetic and there are lots of sounds in korean that are much easier to write than in english, which isn’t a phonetic language.  As I lack a khmer alphabet on which to hang the sounds, my brain often visualises the sound in korean, and actually what I end up doing, is seeing the sound in korean, writing it in english, and then writing the sound again in korean so that I can write it phonetically.  It does sound rather long-winded and absurd, but that’s how it has to be because my memory fares poorly in remembering korean letters.  In fact, on my first lesson, it was a real headache because I was using korean to write some words and english for others, and my poor wee brain couldn’t take in learning a new language using two very different scripts!

I’m certainly not learning perfect khmer.  But, for the first time in my experience of learning languages, I don’t care.  There’ll be an opportunity to learn the more formal stuff later…  In the meantime, watch out inhabitants of Phnom Penh – there’s a wee scottish-korean girl with absurd questions on the loose.