Quick! Hide this entry’s title with your hand. Can you guess what these are, without looking at the title of the blog entry? ¡Mira! They’re meant to be macarons imitating the Olympic Rings. However, even I as their co-creator, have to admit that in reality, they bear a greater resemblance to Homer Simpson’s donuts. 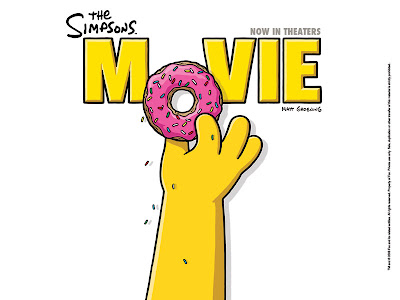 See what I mean?

The story behind the photos goes something like this:

In Sarah’s sitting room. Sarah, Emma and I are tasting the results of our ‘experimenting with different sugars’ cupcakes and plotting what to bake next time.

Me: I’ve really enjoyed the olympics. Wouldn’t it be fun to do some baking that is olympic-inspired?

Sarah:We could do different flavoured cupcakes. Wouldn’t it be fun to do…

(a lengthy, rather detailed conversation ensues on the various flavours and colours that would figure in olympic inspired cupcakes, such as blueberries, raspberries, lemon, chocolate… we keep getting stuck on what would make the courgette and lime cupcakes a greener colour.)

Me:How about macarons instead? It would probably be easier to get the colours right on macarons than with cupcakes

Sarah and Emma: Oh that might be fun. I’ve never baked macarons before.

Me: They’re a bit tricky but we can give it a go. I’ve got Emma’s gel colours that we could use.

Emma: Olympic ring shaped macarons! We should be able to get the proper shape too!

Me: (eyes popping out of head, trying to think through how to pipe ring shaped macarons! Actually don’t think that I’ve ever seen a non-conventional shaped macaron before in my life!) Uh… Um…

Emma: They’re like meringues aren’t they, so we can pipe them into circle shapes.

Me: Um… okay (really not convinced how this will work)… so I’ll get egg whites and ground almonds… if you’re alright with it, then shall we have it at mine, since I’ve got most of the equipment for baking them already? Save me lugging the stuff over here.

Sarah: So, next Wednesday?

We finish clearing up and depart.

Unfortunately, Emma, who had the idea of olympic rings, was poorly on the night. I was kind of counting on Emma to bring the inspiration for the ring shapes. So, picture doubtful moi on baking club evening when an enthusiastic Sarah bounds in. Sarah is very decided that we should push on and experiment with colours and shapes. Hence, riding on the wave of Sarah’s determination, there happened a marathon macaron making evening of three different flavours and five bright colours over the course of the next 3 hours. I wasn’t at all convinced that we could pipe macaron circles. However, I knew that if we were going to have any luck with it, we would have to be really very careful in the macaronage stage and not overmix the batter. If you remember, the first time I attempted to bake macarons, I had a disastrous ‘my batter spilleth out of the piping nozzle and over everything’ moment. Thankfully, not this time round. 🙂

Do you know, I have yet to see one macaron recipe that is the same in it’s ingredients or methodology. Seriously! Each recipe book (Fiona’s, Nigella’s and the Pink Whisk) that Sarah and I looked at had varying cooking times, oven temperatures, the number of egg whites etc… I’m not sure that the perfect, foolproofmacaron recipe exists, you know. Besides, there are so many varying factors to consider, like the temperament of the oven you use and the humidity of the air for the drying out period. When it comes to baking macarons, I think that the key is to keep trying and practising and trying and practising.

So, back to our macaron marathon. We weren’t sure how to mix the three primary colours we had to produce black, so I thought that chocolate would be a good substitute. The chocolate macarons went down a treat with the kids when I took them to a congee party later that week! I think that we did a good job with the other remaining colours – apart from maybe the pink rings. We should have added more red colouring perhaps but Sarah and I were concerned about runniness with that mixture. Hence, we stopped at pink and I’m glad that we did because it proved a bit difficult to control the piping of that particular batter. We saved the hardest to last – green, pistachio macarons. Sarah mixed the colours and macaronaged, whilst I was peeling macaron shells and rings off baking sheets. We had a veritable production line going on! We did make conventionally shaped macaron shells, rather a lot of them in fact! But I never got a chance to photograph them to show you, because a) by the time I’d cleaned everything up, I was too exhausted on that Wednesday night and b) I took them into work the following day and they all got demolished by my intrigued colleagues!